Welcome back to the 'Chip and Go Newsletter'!- January 2022 Edition I

The 'Chip and Go Newsletter' is a fast and easy way to learn more about the game of hockey and connect with your SJHA community. This is a one-stop-shop for all your SJHA news and information. We are back to business as usual. This week's edition features Food Bank competition results, owning the offensive blue line, a must listen podcast on thriving as a youth sports parent, and more. Give it a quick Chip and Go!

*New artwork by Linne Halpern. If you are interested in other digital art, check out Linne's Instagram as well. 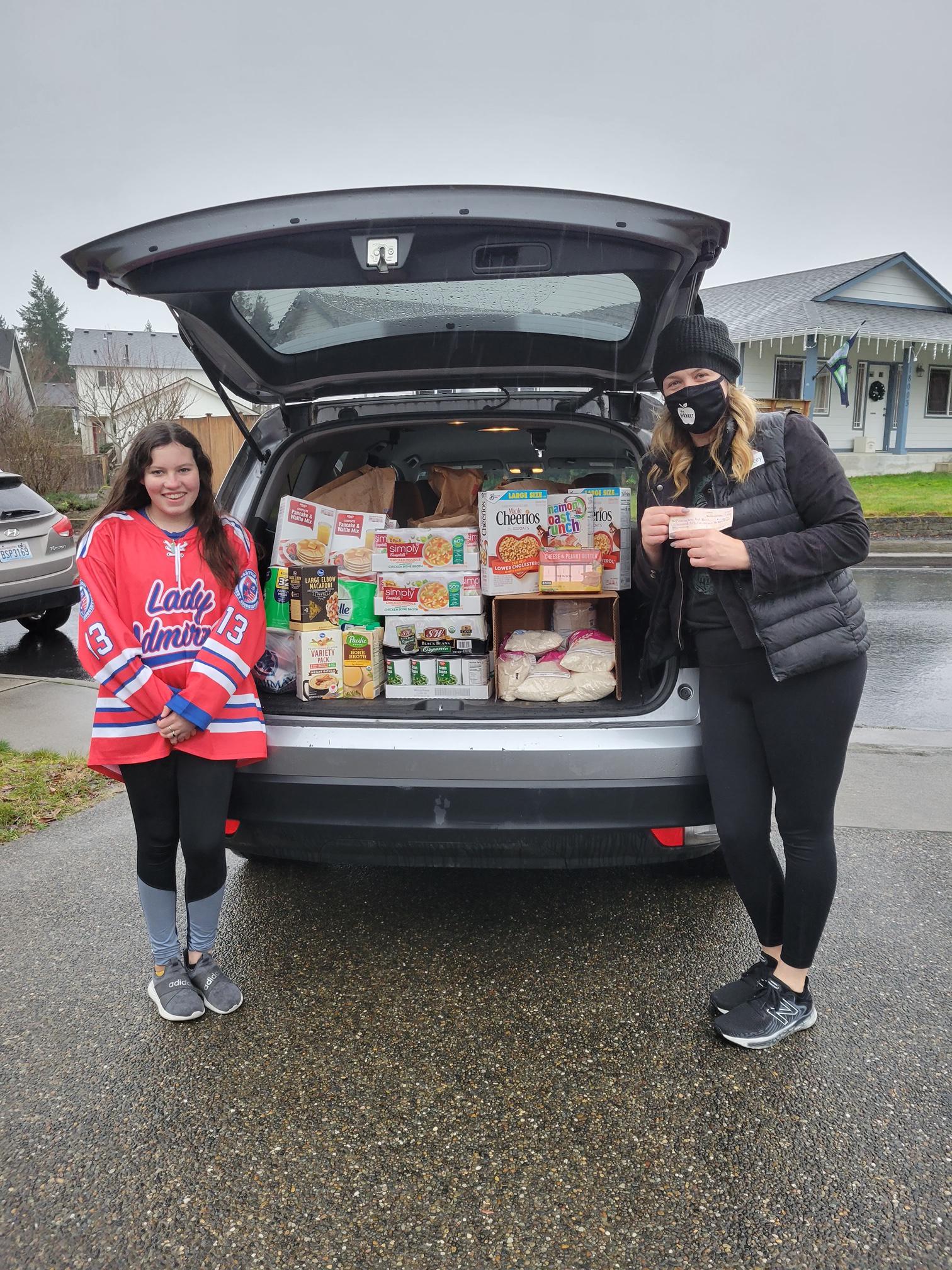 -Good luck to all SJHA teams playing in tournaments and showcases this weekend! We have teams playing for titles in Seattle, Tri-Cities, Spokane, Wenatchee, Portland, Colorado Springs, and Boston! Please be safe and make us proud! 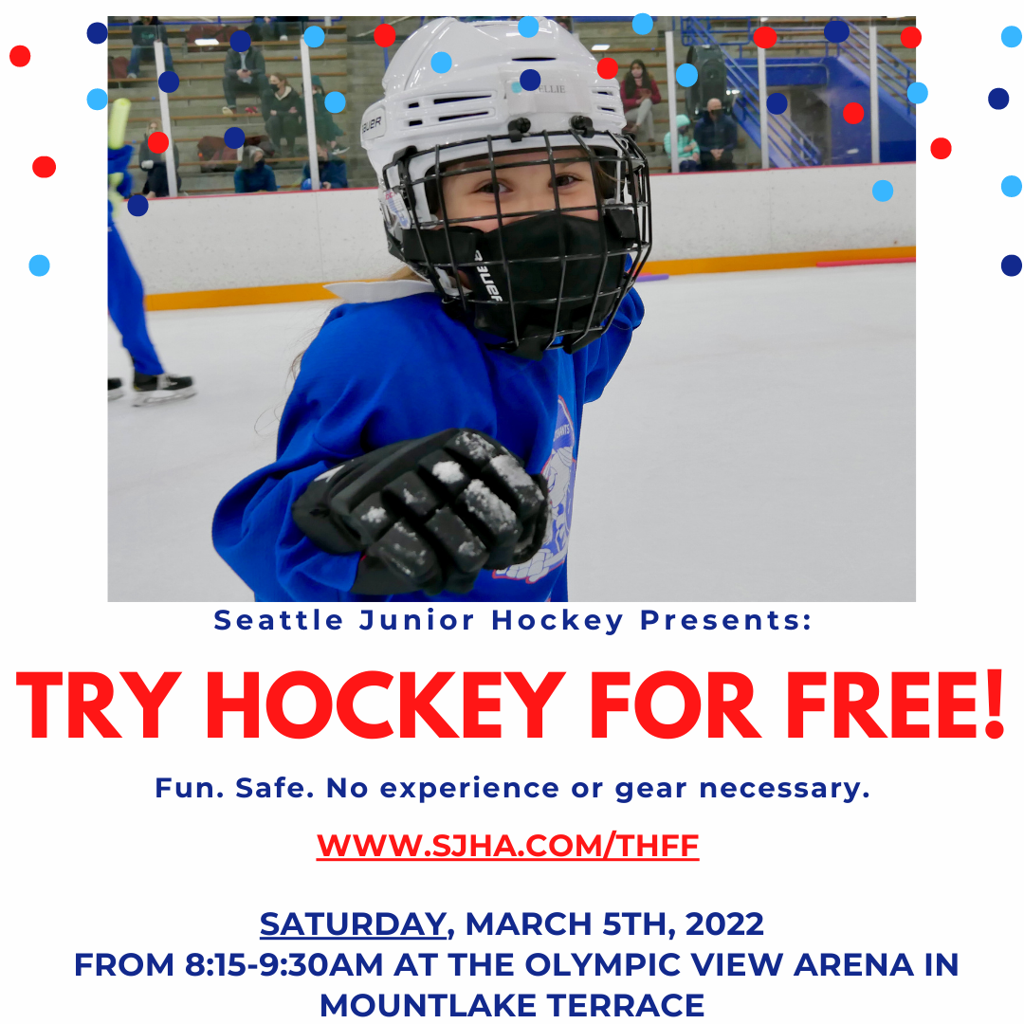 This event is one of the most important of the year for SJHA. If you can, please spread the word to your neighbors, friends, schoolmates, and family members! 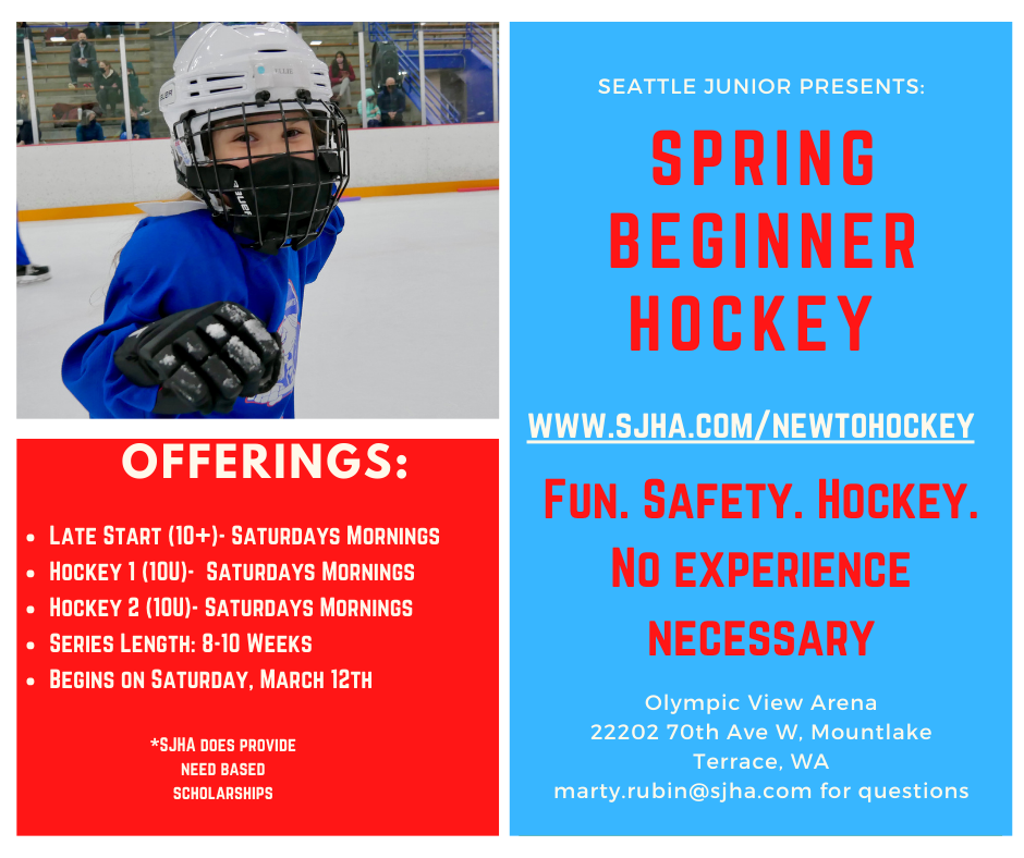 Hockey 1, Hockey 2, and Late Start to Hockey begin in March and will continue through May. Spread the word about our fantastic Learn To Play program!

Coaches' Corner- Skill of the Week!

This week's Coach's Corner is dedicated to OWNING THE BLUE LINE. We are going to start the year off with a focus on our defenders' offensive blue line play. The game of hockey is always changing; more and more it is rewarding defensemen who own their blue line. Owning the blue line means the following: knowing how to get pucks to the net to cause netfront chaos or secondary scoring opportunities, find or create open spaces in the back half of the offensive zone, and present as a viable option for low to high puck movement (and vice versa). Successful offensive teams these days are using all five players all the time; this means that defenders need to focus on their footwork, stick work, and shooting techniques from the blue line as well as their confidence with heads up play to be able to contribute offensively for their team.

The video below provides clips of some of the most elite defensemen in hockey as they use their footwork to move to open spaces, their heads and sticks to throw fakes at their approaching defenders, and their shots to capitalize on netfront traffic. The clips feature a variety of different tactics where defenseman are owning the blue line, but they all have a few similarities.

1. Get to the middle: Each one of these clips shows a defensemen (either on their strong or weak sides of the point) moving their feet to get the middle of the zone. When we pull defenders to the middle fo the ice, we cause netfront chaos, defensive assignment mixups, and we open up spaces on the outside of the zone for other passing opportunities. D, you do not have to shoot each time you walk the blue line! But, you need to hurry to the middle of the ice if you want multiple options.

2. It's all in the hips: Pulling from strong side (on forehand) and pulling from weak side (on backhand) require different movements. From the strong side, we ask defensemen to drag the puck with backward crossovers, if a cross-ice pass is available, they can flip their hips to be moving forward while keeping the puck on the forehand. That is the most dangerous position offensively on the ice because that player can move the puck 180 degrees. From the weak side, opening up the hips and toes to mohawk across the line is key. We do not want defensemen to pull the puck with their backhand because they will likely not have many options to move the puck from that side of their body. If you are interested in learning these skating movements, check out Ice Hockey Systems drills for defensemen.

3. Eyes up: When we look down at the puck, the approaching defensive player knows we are not aware of our surroundings. They have a free pass to attack at a straight angle. If we learn to use our eyes and survey our surroundings (even before we get the puck on the line!), we will make the approaching forward think twice about the speed and angle they take to defend, they might even back off to respect our options.

4. Underhandle: Watch the video below, there is hardly any stickhandling going on at the blue line! Instead, defensemen use their feet, hips, and the bottom hands on their sticks to get around the puck when it needs to be corralled. When we take the messy stickhandling away, we give ourselves just a little more time to make a smart and strong play.

The video below features defensemen from the 2017-2018 season. If you are watching hockey this season, nothing has changed. In fact, the defensemen have only improved these skills. Cale Makar is the perfect example. Watch his shifts (not his highlights!) like a hawk and you will see that he does everything right on the blue line. He gets the middle, uses his hips to create space, keeps his eyes up to look for options and fool defenders, and he hardly stickhandles the puck. Other young icons who prove that this is the way to own the blue line are Adam Fox, Jamie Drysdale, Vince Dunn, and Rasmus Dahlin.

If you want to talk owning the blue line and what you can do on the daily to learn these skills, do not hesitate to reach out to marty.rubin@sjha.com.

This week's Admiral Academy will feature an amazing episode of the Way of Champions podcast. Host, John O'Sullivan interviews "world-renowned coach, speaker, author, and father of three aspiring young athletes," Alan Stein Jr. Stein's was propelled into elite player development celebrity when he debuted his bestselling book, Raise Your Game, which details the techniques he used to work with the NBA's most talented players, Kobe Bryant and Kevin Durant. This conversation, however, is not about elite player development or basketball at all. Rather, Stein opens up about his experiences as a father of aspiring youth athletes. Centering parenthood and the confusing expectations of the youth sports world, this discussion succeeds in providing techniques and perspectives for parents to not only survive, but thrive as supports for their kids' athletic and personal development through sports. Stein's new book with co-author Rich Czeslawski, The Sideline: A Survival Guide for Youth Sports Parents, is heading to shelves soon and we think you will want a copy after hearing this podcast.

Welcome back to the 'Chip and Go Newsletter'!- December Edition II

The 'Chip and Go Newsletter' is a fast and easy way to learn more about the game of hockey and connect with your SJHA community. This is a one-stop-shop for all your SJHA news and information. This week's edition features the SJHA 2022 Calendar (commence planing your spring, summer, and fall!) and a note from SJHA President and Hockey Director. Give it a quick Chip and Go!

We want to be as organized and transparent as possible for our hockey community. So, this is the calendar for the events of 2022. We designed the events and timing of 2022 with a few values in mind: institutionalizing growth mindset, accommodating natural age-specific athletic development, allowing players to explore multiple hockey options, and having a summer to be free from hockey (or, come back to the rink if you want to get better!). We are only announcing general dates with this post; teams offered, coaching positions, and program details will come out over the next few months through the newsletter and website.

Rec Evaluations
September 7th, September 10th, September 12th at Olympic View Arena
Players must skate with their own age divisions (one each day)

Commencement of 2022-23 Season for ALL Teams
September 6th at Lynnwood Ice Center and Olympic View Arena
Teams will not have SJHA sanctioned ice until this day. For teams that would like to skate in August, contact marty.rubin@sjha.com individually, this is not mandated for any group.

*SJHA will be adding more camps and clinics for the spring and summer as the season wraps up. Tryout Prep, Goalie IQ, Knock Off the Rust, Girls Only, and JR A. Development are in the works. All dates are subject to change, but will be communicated weeks prior should an emergency occur.

Pulling the rope, together

We want to take the holiday break as an opportunity to express our sincere gratitude for you and our membership. To our players, families, coaches, managers, and volunteers we wish the happiest of holidays and a prosperous new year to come.

Seattle Junior's motto for this season is "pulling the rope, together." We grow and evolve as a community with one goal in mind: to make lasting positive impact on all of our players through the game of hockey. Our community is most successful when we are pulling the rope in the same direction. Sometimes, though, it is easier said than done.

The game of hockey can be intense and emotions can run high, but all Seattle Junior players, families, coaches, managers, and volunteers are, in the end, on the same team. Our hockey ecosystem thrives on positivity, respect, and most importantly, empathy.

As we skate into the new year, we look to build on the "pulling the rope, together" message. So, what does that look like? First, an unwavering belief in individual skill and team development using a growth mindset (if I/we work hard, I/we will improve eventually) to frame every day spent at the rink. Next, an empathetic response to adversity or challenging personalities. And finally, a kindness towards all who take time out of their busy schedules to teach, officiate, or organize the game we all love together. We have nothing but confidence that our membership will grab the rope with both hands and start pulling in the same direction in the new year.

We hope you enjoy the time away from the rink with your loved ones and we are already beyond excited to have you back with us in January!

Thank you again for all your support and watch some World Junior hockey during the break!