The experience was one to write home about.  Coaches who have coached for 20+ years said they have never been to a more exciting game.  The players were overwhelmed with exhaustion and parents were covering the eyes to hide the outcome.  If you were there it was a hockey treat but the weekend didn't start out that way.

Struggling to score a goal in game one the Lady Admirals lost to the Princeton Tiger Lilies #6 in the nation at Tier2 0-4.  The players were downtrodden and families were thinking about how much money they spent traveling to Saint Louis for the National Girls Hockey League Championship.  Could the girls dig deep and rebound with some wins?

Game two, three, and four all ended in shootouts and the Lady Admirals won two out of three.  The wins propelled the Lady Admirals into the championship against the Princeton Tiger Lilies.  With revenge on their minds and a second to none fan base of parents and players from all three Lady Admirals teams the girls jumped out to a 1 goal lead against a goalie who had not been scored on the whole tournament (1-0).  The tiger lilies tied up the game in the second period (1-1).  The Lady Admirals followed with goal two and three in the third period (3-1).

The Tiger Lilies countered with goal number two late in the third period (3-2).  But the Lady Admirals held on and overcame all odds to beat the top team of the tournament and bring home not only their first tournament championship win but the Nationals Girls Hockey League Championship Trophy.

The whole team won these games and the coaching staff managed the team with great skill in the final game.  Congratulations to the Lady Admirals 12U team!  The championship will always be remembered as one of the greatest tournament wins in Lady Admiral’s history.

We are proud of every single player.  It was an incredible weekend for the winning team and an incredible experience for everyone that was there. 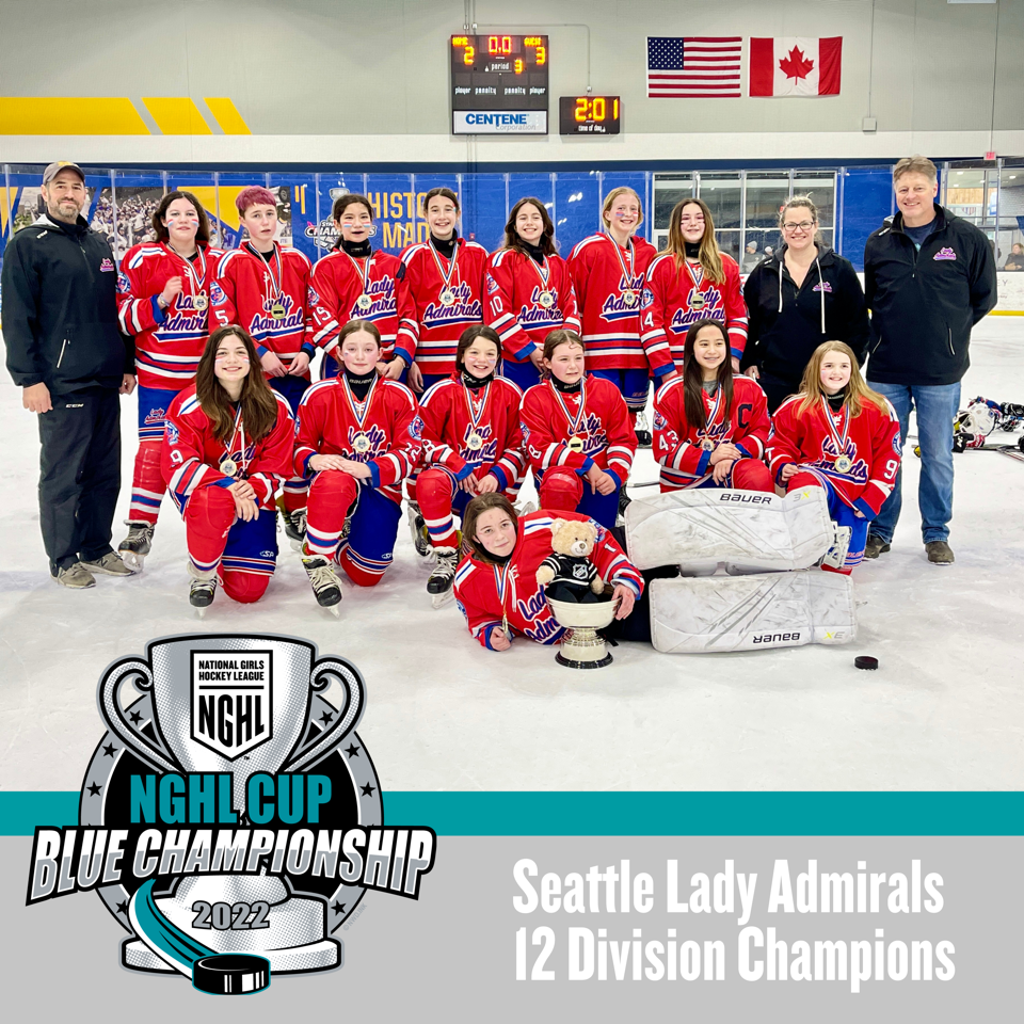